Noahs ark and the flood

Noahs ark and the flood

NOAH'S ARK AND THE FLOOD 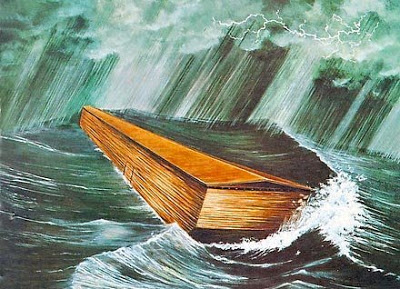 WAS THERE REALLY A NOAH’S ARK AND FLOOD ?

Interlocutor: Do the Universal Flood and Noah's Ark have some indication of reality?

Johnakan Ur-El: The flood existed, but it was a small flood that only covered few kilometers beyond where Mesopotamia was.

Interlocutor: So it was far from the idea of a “Universal Flood”.

Johnakan Ur-El: In that time, the word "Universal" was used to express the extension a little farther than Mesopotamia, the flood didn't cover the whole planet, and there was nothing like “Noah's Ark” either. It’s not necessary to imagine two young goats cohabiting with two tigers! This is something of common sense.

Interlocutor: That is to say that all the researches that scholars are doing in the Mount Ararat looking for Noah's Ark are nothing more than a lamentable waste of time?

Johnakan Ur-El: That’s right. The researchers would have to have a little more than common sense. The “Universal Flood” sounds pretty as allegory, but nothing more.

Interlocutor: Well, I believe that this question has been definitely clarified.